Venture back into Hope County for a second time to do the exact same thing for half the time but half the price.

After the disappointing release of Far Cry 5 last year in March, Ubisoft has yet again released another entry in the long running franchise, Far Cry New Dawn. The game is essentially is a lazy rehash of Far Cry 5 and introduces very little to nothing to the series. You will be pretty much be doing the exact same things you did in Far Cry 5 in the exact same maps, in about half the time with a few little tweaks and changes to the game. They try to hide the fact that the map is the exact same by making a nuclear explosion take and place and adding a bunch of pink, and to be fair, it works. With all that being said, because it is still a Far Cry game, it still has its enjoyable moments where the game can be quite fun, especially with a friend.

Set after the bad ending of Far Cry 5 where a nuclear explosion takes place, Hope County in New Dawn is much more colorful and enjoyable to explore prior to the explosion in Far Cry 5. Two twins have taken over Hope County and your character is tasks to help the locals and bring them down. Throughout the campaign I was confused as to why they were evil and why they had so many goons following them. They’re motivations were never properly explained, other than the fact that they wanted “control”, and it made the story very difficult to enjoy. I missed when Far Cry had very fleshed out and unique villains that actually made me care about the story and the stakes that they would put the player through like Vaas in Far Cry 3. Nowadays, the villains are the crazy for the sake of being crazy and it is very underwhelming. However, there are direct ties to Far Cry 5’s story as the villain in that game, Joseph Seed plays a major role in this story, and you get to see a different side of him which I enjoyed.

Several new mechanics were introduced in New Dawn. You now have a camp that you will have to gather resources to upgrade and will be constantly returning to. The currency in the game has also been changed to several different types of resources. You will no longer be purchasing weapons and items from a vendor with money. In New Dawn, you gather all sorts of different materials to craft the items yourself, which is a nice change for the series. Once again, like Far Cry 5, progression for your character is tied to completing challenges and earning points to purchase skills. This was a system that I disliked in Far Cry 5, however, Ubisoft has made the challenges points in New Dawn more enjoyable to earn in New Dawn. I feel the challenge points are being completed more naturally throughout your play of the game and for the most part, you will not need to go out of your way to earn these. These challenges range from getting kills with certain weapons, to hunting animals, etc. Shooting still feels great and the introduction of some new weapons helps make combat in the game continue to feel fun and refreshing at the same time. Coop is also available in New Dawn and you are able to play the entire game with a friend, which I highly recommend. Killing people, and blowing stuff up is twice as fun with a buddy.

A new mode called Expeditions are introduced in New Dawn where you are taken to a different place, far from Hope County to complete a single extraction. In return, you are rewarded with a healthy amount of resources and materials, allowing you to craft and upgrade weapons at your disposal. The game only consists of three of these expeditions, each with three difficulties. I would have like to see some more variety in the mission structures of the expeditions and overall would have liked a couple more, because they were actually quite enjoyable. 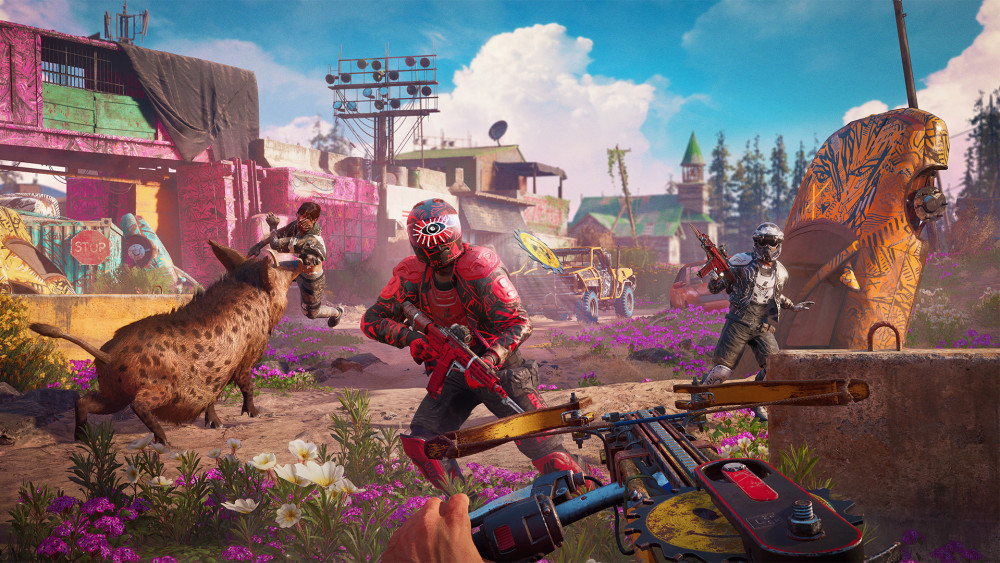 Overall, Far Cry New Dawn does not do nearly enough to keep the game feeling new. If you’ve played and enjoyed Far Cry 5 and do not mind shooting, looting and hunting in a slightly different Hope County, then pick it up. I appreciate that the game takes many of the issues I had with Far Cry 5 and tries to improve on them, while trying to introduce and change things up to keep it from feeling like last years entry. However, for the price point of $50, you really are getting what you paid for you, a shorter, more contained Far Cry experience. The game is pretty short and once you are finished with the campaign and the few expeditions, there is really no reason to keep playing.

Spider-Man: Into the Spider-Verse

Shadow of the Tomb Raider